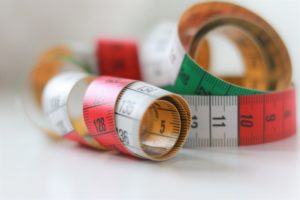 Concerns for overweight and obesity are present throughout the world, and the part of the older population that is affected is considered to be high. Obesity and overweight increase the risk of several diseases such as diabetes, hypertension and coronary heart disease, and are also associated with osteoarthritis, asthma and depression.

Since overweigh and obesity are common in many economically developed countries, it is important to monitor the development of these conditions over time in order to assess interventions aimed at preventing and lessening the burden for those who are affected.

A recently published study set out to provide current information about the prevalence and development over time, of overweight and obesity among adults, aged 50 years and older, in ten European countries. To do so, the researchers behind the study analyzed data from the first, second, fourth and fifth waves of the Survey of Health, Ageing and Retirement in Europe (SHARE). Body mass index (BMI) measures were calculated from self-reported height and weight in accordance with the World Health Organization’s guidelines.

To sum up, the findings show that the prevalence of overweight and obesity is high among the older population in the ten European countries studied. The researchers behind the study emphasize that overweight and obesity are major public health concerns to which attention needs to be paid. They stress the need for developing medical management approaches and public-health policies, effective healthy lifestyle programs, as well as enhancing health literacy concerning the importance of maintaining a healthy weight.

Loneliness can be an unpleasant and distressful emotional state when an individual perceives an imbalance between the actual amount of social relationships and contacts and the amount he or she would wish for. Feelings of loneliness has been portrayed as a major...